Walkera has become a big company in the drone’s market last couple years. Its most sold product, “QR X350” fueled the company to produce even more quadcopters, bigger, better, more capable. Among many, there is one which stands out, the Voyager 3.

This outstanding quadcopter is Walkera’s affordable version of DJI’s Inspire 1. Both are high-end drones, with useful 3D aerial capabilities, shaping while on air. Built with a nice software assisting you on every task and packed with great features. Its brushless motors and carbon arms are able to load heavier cameras. The quadcopter itself weight 3650g. Let’s find out everything about this amazing drone in our Walkera Voyager 3 review!

The deformable design of the motorized landing skids and the 3D gimbal, allow you to flip a switch and they will retract and deploy providing 360 degrees unobstructed camera view. The “L” shape arm in the body connects the landing skids and the camera, so when one moves, the other will follow. Perfect function for aerial photography and videography with a GoPro or the HD 1080p camera included in the package. Overall, it looks amazing, it’s real eye catcher. You might be interested in Xiro Xplorer V, it is an another drone that looks pretty futuristic, keep reading our Walkera Voyager 3 review, interesting things are coming.

The included HD camera, although good quality does not blow away a GoPro. It has 4608×3456 Pixels resolution for photos and saves them in MJPG, directly to your device. Video is recorded on 1080p resolution with 60 frames per second, saved in MP4 files.

Voyager is built with ABS plastic, carbon fiber and aluminum. Propellers and arms are made of carbon fiber, to ensure higher resistance to crashes or falls. Its battery is also high quality, an 8S with 29.6V powering up to 25 minutes of flight time. Batteries have intelligent LED lights. A great thing about Voyager 3, is the brushless motors being able to load GoPro3 /3+ /4 plus gimbal.

Voyager 3 is remotely controlled through a DEVO F12E transmitter with 12 channels 2.4GHz with a FPV (video transmission) 5” monitor. Alongside a smartphone app that works as Flight Data Monitor. On the F12E transmitter the pilot can choose which device to control the drone with “Mix” switch). The smartphone will talk with the Walkera Ground Control Station (included in the package) through Bluetooth, and this box will talk with the drone in mid-air through the 2.4GHz antenna. The smartphone app besides providing important flight data and also working as a remote, it has one click features such as One-Key Take Off (drone will start flight by itself and hover on air above ground), One-Key Landing (drone lands itself near pilot), One-Key Go Home (drone returns to pilot automatically) and you can even upload waypoints to the drone and it’ll execute the flight plan according to your selected waypoints on the map. Other neat features, very useful for aerial photos and videos is the Follow Me Mode, in which drone will follow pilot / object and / or fly around in a circle. However this feature is not advised for beginners, since the drone will be “stalking” the selected person or object.

All these great features are possible thanks to Walkera Voyager 3 special costumed GPS and GLONASS double global satellite navigation and positioning system. A very powerful GPS system made uniquely for this quadcopter. Allowing for greater accuracy and safety and enabling the already mentioned autopilot mode through selected waypoints.

Voyager 3 has some well-developed software, in such way there is an intelligent self-inspection module, which will inspect power levels, control signal, GPS, the compass and the barometer to detect and prevent malfunction. Walkera uses the Open Source APM flight-controller, an advanced system to program flights on autopilot mode through countless GPS waypoints. Keep in mind they have to be missions planned for 25 minutes or under. Drone’s battery life. The software on the app provides flight data such as number of satellites, home direction, distance to home, vertical speed, horizontal speed, flight timer, battery voltage, longitude, system voltage and latitude. A very complete OSD module. Have you liked our Voyager 3 review? Feel free to share your opinion with us using comment form below 🙂

Clicking this image will lead you to product page on Amazon.com 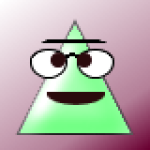 correct! is a complete drone solution... the only problem i founded was the functionality on my phone ( opo with cyanogen mod ) that does'nt work fine... but the software is well studied and working.

good choice for a drone.