Ever since its release, DJI Mavic Pro has been getting a lot of praises not only from its satisfied customers but from many critics as well. It comes as no surprise because Mavic Pro incorporates breathtaking performance into an incredibly small package thus allowing its users to carry it around anywhere they go.

But is it really the best drone available on the market? Well, the answer to that question lies in the next couple of paragraphs. Among that, many other will be answered so make sure you stick around until the very end! 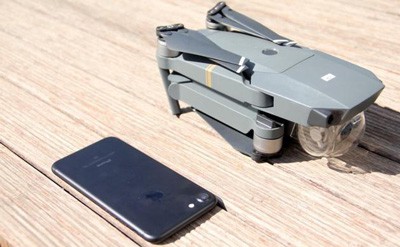 If it wasn’t for portability DJI Mavic Pro would not be as half as popular as it is nowadays. That’s one of its biggest virtue – the fact that folks over at DJI managed to cramp up so many features and powerful specifications into such a small package. Incredible! Its exact size is as follows 11.5 x 7 x 9.5 inches. In other words, when folded, this little fella can be placed into any type of backpack and serves as a great travelling companion. For people who are travelling a lot and really want something to capture their awesome moments, DJI Mavic Pro comes as a clear winner, that’s for sure!

Performance is always a huge aspect and DJI Mavic Pro exceeded everyone’s expectations once its official specifications had been released. 7 kilometers of range was just the start of what seemed to be the best specifications at that time. Topped off with incredible speed of up to 40mph, it’s quite obvious that it can follow you around even when you’re in a car.

Moving forward, another great aspect is its flight time. Incredible – DJI Mavic Pro exceeds some of the fully-fledged drones out there such as Yuneec Typhoon, Autel Robotics X-Star Premium and even DJI Phantom 4 with amazing 27 minutes of flight time. So, if you’re looking for portability AND performance, DJI Mavic Pro is a no brainer! 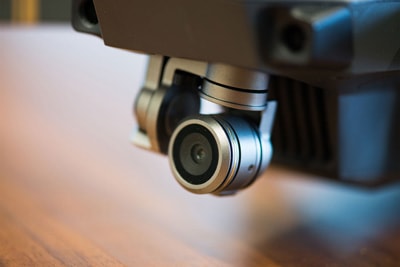 Believe it or not, Mavic Pro comes with a 4K ready camera. Needless to say, it can record amazing aerial footage. Combined with smart flight modes and autonomous features allowed by GPS+GLONASS navigation system, there is no doubt that this little guy can record all of your thrilling moments.

Best of all, Mavic Pro’s camera is mounted on its own dedicated digital stabilizer which ensures optimal image smoothness no matter the weather conditions. Despite all of that, it’s still not the best camera on the market – DJI Phantom 4 Pro camera beats it by a mile with its 1-inch sensor. As a matter of fact, the only thing that GoPro Karma exceeded DJI Mavic Pro is the camera. That’s not surprising since Karma comes with GoPro Hero 5…

Is it the best foldable drone?

The answer to this question cannot be clearer – YES! Yes it is! DJI Mavic Pro is by far the best foldable drone currently available on the market. I will go out on a limb here and say that it doesn’t even have a single worthy competitor other than the brand new GoPro Karma.

However, since Karma is a bit bulkier, slower, has less operating range and is generally not that good when it comes to price/performance ratio… I believe the situation is more than clear! DJI Mavic Pro is and will probably remain the best foldable drones for years to come… or at least until DJI makes an announcement about DJ! Mavic 2!

So, with everything taken into consideration, it’s quite clear that DJI Mavic Pro is a force to be reckoned with. Such a compact size, brilliant technology implementations and best of all – incomparable performance, all make up for one of the best drones ever made.

Still, whether or not DJI Mavic Pro is the best drone available right now is a rather subjective matter. If it suits your needs and you’re not worried about it costing too much then go for it. There is no doubt you will be amazed by the performance. On the other hand, if you’re not a demanding person and you agree to compromise in order to cut expenses, then perhaps Mavic Pro isn’t the best choice…

Unfortunately not all of use can purchase a hi priced drone. I am a vet on disability and a fixed income. I am trying to find the best one I can that has FPV,good distance and rerurn key for less then $200' I have 2 really cheap ones that I am fouling with there fun but limited. Thanks Kevin